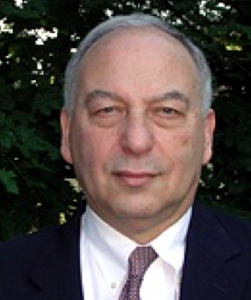 Prior to his retiring from U.S. Citizenship and Immigration Services (USCIS) in 2009, Mr. Berez had a distinguished career and record of accomplishment in a 38-year U.S. Federal Government career at 4 major Federal Agencies---the U.S. Government Accountability Office (GAO), the U.S. Department of Energy (DOE); the U.S. Immigration and Naturalization Service (INS), and U.S. Citizenship and Immigration Services (USCIS).  When he retired from USCIS in July 2009, Mr. Berez was a Senior Officer in USCIS’ Office of International Operations.

For over 8-years from the end of 2000 through the end of 2008, Mr. Berez headed the USCIS EB-5 Immigrant Investor Program, during which time he was instrumental in restoring the EB-5 immigrant investor program from near death in 2001 to where today it generates as much as one-billion dollars or more per year of annual  immigrant investment capital into U.S. job creating activities, operating as an engine for foreign capital flow into the U.S. economy and creating thousands of jobs for U.S. workers.

At USCIS, in addition to the USCIS EB-5 Immigrant Investor Program, Mr. Berez also was responsible for the policies and rules governing the USCIS EB-1, 2 and 3 employment-based immigrant worker program; the E-1/2 nonimmigrant Treaty Trader and Nonimmigrant Treaty Investor programs; and during which Mr. Berez was responsible for U.S. immigration issues and rules impacting U.S. international commerce and trade activities as part of the United States Delegation for Asian Pacific Economic Cooperation (APEC).

Mr. Berez also led the first USCIS Immigration Benefits Process Reengineering (IBR) initiative which has since grown into the USCIS transformation initiative. Mr. Berez also headed the former U.S. Immigration and Naturalization Service’s development of the Foreign Student and Exchange Visitor screening, monitoring and tracking program (SEVP/SEVIS) which screens, monitors and tracks over 700,000 foreign students and exchange visitors within the U.S. each year. Mr. Berez also played a key role at USCIS’ predecessor agency, INS, in helping to implement the sweeping Immigration Reform and Control Act (IRCA) which was signed into law by President Reagan in 1986.

Prior to his work at INS/USCIS, Mr. Berez was a Program Review Investigative Officer at the United States Government Accountability Office (USGAO) where he both led and conducted special reviews of Federal Government operations and programs at the direction of the United States Congress---investigating insurance fraud by medical providers; fraud and price fixing by “for-profit” funeral homes and cemeteries; and information systems procurement misconduct.

Mr. Berez earned his Baccalaureate Degree in Business and Economics from Portland State University.  After  graduation from Portland State University Mr. Berez served with the United States Peace Corps in Nigeria, West Africa for 2 years. After his service in the U.S. Peace Corps he then completed his Masters Degree program through joint studies at Ohio University and Duquesne University, principally in the field of Government and Public Administration, with a minor concentration in the area of African Studies and linguistics.

Mr. Berez enjoys cinema, skiing, crafting pottery, ethnic foods, and engaging in diverse political and social discourse. He is married and the father of two great sons and a fantastic daughter all of whom have completed college and are now out pursuing their lives and careers in the world, and, best of all as Morrie likes to say, “they’re all off our payroll.”