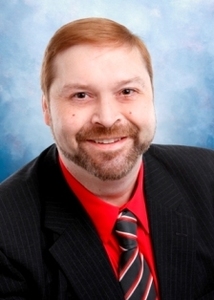 I provide highly-individualized training based on consultation with my clients. I serve Regional Center Principals and their counsel. I am not an attorney myself although I have trained numerous attorneys and INS/USCIS adjudicators in complex issues within immigration and nationality law. I do not prepare forms, write business plans, or create economic analyses. I do review them for clients prior to submission, check for errors, and suggest corrections.

I highly recommend that my clients get as deep of an understanding of EB-5 and especially the Role of the Regional Center before moving forward or selecting anyone to prepare a submission or manage a Regional Center for them.

DISCLAIMER: Work is performed by a non-attorney independent business consultant. It is the client's responsibility to have any and all non-attorney work products checked by an attorney and investment professional(s).

Joseph P. Whalen is a former USCIS Adjudicator, author, and advocate for improvedEB-5 practice and procedures by USCIS and Regional Centers and their counsel.

Joe has been a hardworking individual since childhood. Even before he was old enough for a paper route (delivering the morning paper in the Buffalo, NY suburb of Blasdell—before the snowplows hit the streets), Joe was selling various items door-to-door from the age of nine years old. That excludes required sales as a child attending a parochial school. This enterprising person, worked while attending community college (after graduating high school a year early and had tutored two high school math teachers in Apple Basic®).

Having graduated from college the first time at age 18, Joe worked in various restaurants and in a private psychiatric hospital and even opened a retail store for a while. After several years of exploring various options, it was back to higher education (working the whole time-in libraries, retail, fast food (where he designed an inventory and production system for one of Buffalo’s first Subway® franchises), and even as a mobile security guard in a massive housing complex in San Francisco.)

Joe has held various positions in federal service. The earlier federal career path explored was as an Archaeologist with the USDA Forest Service. The type of archaeology performed by federal archaeologists is often described as either compliance archaeology (in reference to compliance with § 106 of the National Historic Preservation Act (NHPA)) or cultural resource management (CRM) as required by the National Environmental Policy Act (NEPA) and the California Environmental Quality Act (CEQA). This work was performed as a part of an interdisciplinary team of other professional (wildlife biologists, silviculturists (tree specialists), hydrologists, fuels management specialists, rangers, firefighters, and geologists among others). This work entailed on-the-ground surveys, excavations, and mitigation efforts; including as a member of a Burned Area Emergency Rehabilitation (BAER) Team after two of the largest forest fires in California in the last 150 years.

The other aspect of that position entailed a great deal of research and writing. Such research was not limited to anthropology textbooks. Instead, historical legal documents were often poured over for clues and in addition to the referenced statutes, and 36 CFR. The next federal career was District Adjudications Officer with Legacy INS and continued in a variety of adjudications positions and/or capacities within USCIS ranging from Supervisory Adjudications Officer, Quality Assurance Analyst, Community Liaison Officer, Trainer, HQ Subject Matter Expert (SME) including EB-51, and Immigration Adjudications Analyst.

Joe has successfully adjudicated Immigration, Naturalization, and Citizenship related cases of a wide variety for over 12 years bringing federal service to just over 15 years. Joe has published 90+ scholarly immigration related articles from March 2011 to present. Joe remains passionate on this subject matter and advocates for better adjudication quality and improved immigration officer training.

Price: Free
NYC Verified Projects Showcase from EB5Projects on Vimeo.   USAdvisors is hosting an EB-5 Verified Projects Investor event to allow project managers who have had their projects verified to be able to present their current offerings, team and...