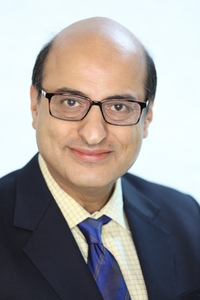 Cyrus D. Mehta and Associates, PLLC (CDMA) is an established law firm practicing primarily in the area of US Immigration and Nationality Law.

Cyrus D. Mehta is the founder and managing attorney of Cyrus D. Mehta & Associates, PLLC (CDMA). He represents corporations and individuals from around the world in business and employment immigration, family immigration, consular matters, naturalization, federal court litigation and asylum. He also advises lawyers on ethical issues.  Based on 18 years of experience in immigration law, he is able to comprehend all kinds of problems and provide effective, ethical and strategic solutions to his clients. He is also an Adjunct Professor of Law at Brooklyn Law School where he teaches a course, Immigration and Work.

Mr. Mehta is Chair of the American Immigration Lawyers Association’s (AILA) National Pro Bono Committee and Co-Chair of the AILA-NY Chapter Pro Bono Committee. Mr. Mehta is a frequent speaker at AILA conferences and has also served on other national committees. In 1997-1998, he was the Chair of AILA's Young Lawyers Division and also won the 1997 Joseph Minsky Young Lawyers Award for outstanding contributions in the immigration field. In 2010, Mr. Mehta was appointed Special Counsel on immigration matters to the Departmental Disciplinary Committee, Appellate Division, First Department, New York. He also serves on the Board of Directors of Volunteers of Legal Services, Inc.

Mr. Mehta is a former Chairman of the Board of Trustees of the American Immigration Council (2004-2006), and Chair of the Committee on Immigration and Nationality Law (2000-2003) of the New York City Bar Association and Secretary of the same Association (2003-2007). Mr. Mehta continues to be included in Chambers USA, International Who's Who of Corporate Immigration Lawyers, Best Lawyers, New York Super Lawyers and receive an AV rating from Martindale Hubbell. He is also a member of the Alliance of Business Immigration Lawyers (ABIL), whose members have been recognized internationally in the field of business immigration, and are committed to the highest standards of professionalism.

Newspapers and television constantly seek Mr. Mehta out for his expert opinions on immigration law and policy. He is regularly quoted in mainstream, ethnic and foreign newspapers. Furthermore, Mr. Mehta speaks, debates and conducts training workshops on various immigration topics, including ethics, under the aegis of non-profits and universities. He is also a featured speaker at immigration seminars of the Practising Law Institute (PLI), and has been the Program Chair of PLI’s annual Basic Immigration program in recent years. Mr. Mehta is also the author of several influential articles that have appeared in professional publications such as Bender's Immigration Bulletin, Interpreter Releases, Immigration Briefings, and AILA's Immigration and Nationality Handbook.