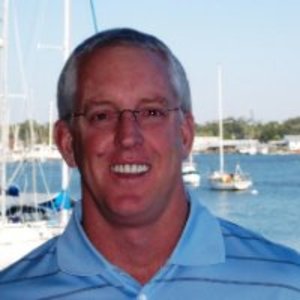 Kevin is the President of VanDyke Norman Insurance. He is a Florida native, born in Miami and raised in Ft. Lauderdale. He is 42 years old. He attended the University of Florida, and received two degrees from Gator Country (avid college sports fan), a Bachelors of Science in Accounting (1988) and an MBA (1996). Kevin passed the CPA exam in 1989.

Kevin held positions as a Senior with two Big 5 public accounting firms, Deloitte & Touche and Coopers & Lybrand(1988-1992). He was an Assistant Controller with a national home building products manufacturer, Visador Company(1992-1994). For fourteen years he was an executive with Skinner Nurseries(1995-2008), first as Chief Financial Officer, then Chief Operating Officer, and then President. Currently Kevin and his partner Andy Norman are building VanDyke Norman Insurance, a property and casualty insurance agency based in Saint Augustine, Fl.

Kevin brought an outside perspective to the nursery industry while at Skinner, implementing many systems and processes that were picked up during his career in manufacturing and public accounting. While working with Skinner Nurseries, the business experienced explosive growth, averaging in excess of 25% per year. Skinner Nurseries operated twenty-three Landscape Distribution Centers in the South. In fiscal year 2007, the company distributed approximately $110 million in green goods, in contrast to sales of approximately $10 million in 1999.

Kevin has led the implementation of many business initiatives such as leadership development, sales management, business modeling, purchasing and logistics systems, open book management, profit sharing, financial measurement and accountability, personnel training and development and information systems development and installation. An important strategy that Kevin designed was to execute the vision of Skinner Nurseries, “To own the word ‘Service’ in the minds of our Customers”. Skinner Nurseries received recognition from the Chief Executive Network Innovation Awards for their creative and disruptive business model and the Great Game of Business All-Star Awards for their long standing practice of open-book management.

Kevin is a former founding board member of the ANLA’s Landscape Distribution Group, the leading trade organization focused on the Landscape Distribution segment. He was a member of The Executive Committee (TEC), the leading resource for CEOs in the country. Kevin has proven to be a favorite source of industry knowledge and is often quoted or asked for publication content by leading industry trade journals.
Kevin’s personal passion is split between raising a family at the beach in St. Augustine, Florida, rooting for the Florida Gators (wait till next year!), fishing, and surfing around North Florida. He married his college sweetheart and they have three children, ranging from twelve to seventeen years old.