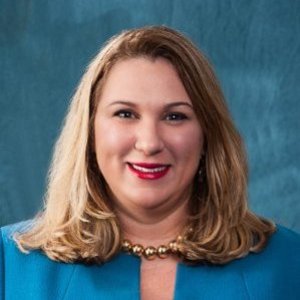 A. Renee Pobjecky is an attorney at Pobjecky & Pobjecky, LLP located in Winter Haven, Fla. Attorney Pobjecky represents clients in cases of immigration issues at the immigration courts in Miami and Orlando.

In addition to her law practice, attorney Pobjecky is also involved with other activities to promote the understanding of law in the community. She hosts her weekly radio program, “The Immigration Law,” and was a judge for the Stetson International Environmental Moot Court Competition from 2008 to 2010, and the International Jessup Moot Court Competition in 2009. In 2008, she also served as a moderator for the panel on the topic of waivers at the yearly conference of the Central Florida Chapter of the American Immigration Lawyers Association. Her article, “Broaden Your Practice Area with the U visa,” was published in AILA’s Immigration Practice News in 2011. She was also invited to speak at the American Immigration Lawyers Association, central Florida chapter’s 22nd annual seminar.

Attorney Pobjecky earned her Bachelor of Arts in political science with a minor in business administration and English from University of Central Florida. She then went on to Baylor University School of Law to receive her Juris Doctor in 2001.

Attorney Pobjecky is an active member of the International Section of the American Bar Association and the Winter Haven Women’s Bar Association. She currently holds a position on the Polk County Florida Rural Legal Services board of directors. She was selected for the Pro Bono Attorney Outstanding Participation Award in 2006 and 2008 by the Lakeland Bar Association and the Florida Rural Legal Services. The Florida Supreme Court appointed her to serve on the Florida Bar Standing Committee on the topic of unlicensed practice of law for a three-year term.

She is admitted to the Florida and Texas bar.