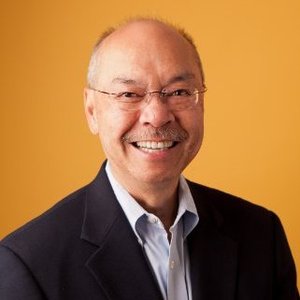 Francis E. Chin is the founder and Senior Counsel of Chin & Curtis.  He stepped down as Managing Partner in 2013. Fran established the predecessor firm in 1986, after eight years as an associate and partner at a law firm where he practiced in the areas of banking and corporate law, as well as U.S. immigration law. Fran has concentrated the firm’s practice around employment-based immigration and has advised a broad range of clients on visa issues, compliance, and complex issues. He has written on immigration law and lectured at numerous conferences sponsored by the American Immigration Lawyers Association (AILA), the American Council on International Personnel, the American Bar Association, the Massachusetts Continuing Legal Education, Inc., the Practicing Law Institute, and many academic and business groups. Fran has been named annually for more than 20 years in The Best Lawyers in America in the immigration law section and also in The International Who‘s Who of Business Lawyers in the corporate immigration section. He has been designated frequently as a Massachusetts Super Lawyer in Boston magazine and was cited in Chambers Global: The World‘s Leading Lawyers for Business – The Client‘s Guide as “the best in Boston,” and “consistently recommended as ‘an extremely intelligent immigration lawyer with a sky-high level practice.’

He is a graduate of Middlebury College in Vermont, receiving a B.A. in German literature. While at Middlebury College, he pioneered study as an undergraduate at Middlebury’s graduate studies program at the Johannes Gutenberg Universitat in Mainz, Germany. Prior to attending law school, Fran was named a Thomas J. Watson Foundation Fellow. While on his fellowship, he traveled extensively in Asia to study overseas Chinese communities in Southeast and East Asia. Fran received his J.D. from the New York University School of Law, where he was Executive Editor of the New York University Journal of International Law and Politics.