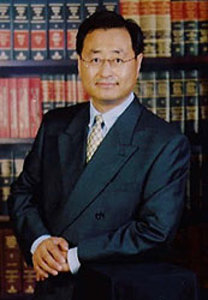 The firm's founding attorney, Jason J. Lee, received two B.A. degrees from Beijing Foreign Studies University, one in English literature and the other in cross-cultural communication studies. Mr. Lee has an M.A. in journalism from The University of Alabama and worked for the BBC as a radio program producer based in London. He received his J.D. from The University of Iowa College of Law, which consistently ranks among America's top-tier law schools according to The U.S. News & World Report's "Annual Rankings of American Graduate Schools."

Attorney Jason Lee is licensed to practice before all California courts, U.S. District Courts for the Northern and Central California, and the U.S. Court of Appeal for the Ninth Circuit. Mr. Lee is a member of American Bar Association, California State Bar, Southern California Chinese-American Lawyers' Association, Asian Pacific-American Bar Association. Mr. Lee frequently publishes legal articles in newspapers, including Los Angeles Daily Journal and is often interviewed by the media for his legal opinions on certain news and current affairs.