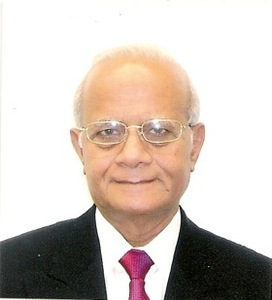 Shashin began his Hospitality Investment & Development Career in January 1979. During these 30+ years, he has  developed Hotel Properties with Major Franchise’s like Fairfield Inn & Suites, Marriott, Holiday Inn, Intercontinental, Choice and Wyndham from ground- up.

He has acquired several Bank assets and stabilized them in short period of time with an efficient team of construction professionals. He has successfully re-branded assets with major renovations and sold with good returns to private investors. Prior to Hospitality Venture, Shashin worked as Project Engineer in the manufacturing industry from 1969-1979.Achievements/Certificates: P E. (Professional Engineer – State of Illinois in 1973); CCIM, (Prestigious Designation from CCIM Institute); CHA, (American Hotel & Lodging Educational Institute).