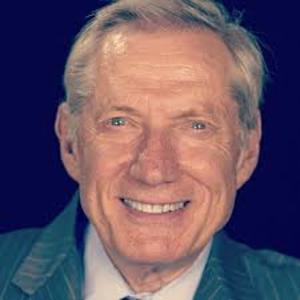 Serotte Reich Wilson, LLP (SRW), is a full-service U.S. and global immigration law firm with an international reputation. SRW is highly recognized for its strong expertise, leadership and achievements in the field of immigration law.

SRW has been ranked as one of the top immigration law firms in the country by IndUS Business Journal. In addition, SRW partners William Reich and Andrew Wilson are both listed in the International Who's Who for Immigration Law and listed with the designation of 'Best Lawyers' for the field of Immigration Law.

Mr. Reich was born in Tel Aviv on October 5, 1947 before the State of Israel was established. In 1958, he emigrated to the United States with his parents and became a United States citizen in 1964. After graduating from the University of Buffalo School of Law in 1974, he joined the Buffalo, New York Law firm known as Serotte, Hailey, Hoffman & Green where he began his legal career in the fields of criminal law and litigation.

In 1975, Mr. Reich introduced the practice of immigration law to the firm. Building on his own background as an immigrant and the fact that he is fluent in Hebrew, Yiddish, Spanish and Polish, Mr. Reich took a serious interest in this emerging and dynamic area of the law. Before long, Mr. Reich began to concentrate his practice solely on U.S. Immigration law.

More than 30 years later, Mr. Reich is recognized as an expert legal strategist with a specialty toward solving complicated and challenging immigration matters. He frequently mentors other lawyers and is asked to co-counsel with other leading immigration lawyers across the country in complex immigration cases.

Additionally, Mr. Reich is frequently invited to speak at regional and national conferences hosted by American Immigration Lawyers Association (AILA). He has also given numerous media interviews and published many articles dealing with the trans-border movement of business personnel under NAFTA as well as unique immigration issues faced by border practitioners.

Mr. Reich co-authored the Matthew Bender chapter on Border Problems and Remedies and authored “Processing of Canadian NAFTA Applications at the Port of Entry” in AILA’s Immigration Practice and Procedure under the North American Free Trade Agreement [See Lawyers for Lawyers].

He is the past Chairperson of the Erie County Bar Association Immigration Law Committee, past Chairperson of the AILA Upstate New York chapter and he has served on various national committees for AILA. Martindale-Hubbell Attorney Peer Review Ratings has rated Mr. Reich “BV” for legal ability and general ethics standard – this is an indication of an exemplary reputation and well established practice.

Since 1993, Mr. Reich has been listed in Best Lawyers in America, largely considered the pre-eminent and most reliable referral guide to the legal profession compiled through an exhaustive survey in which thousands of the top lawyers in the United States evaluate their peers on a confidential basis.

Additionally, Mr. Reich has been listed as a top attorney in Upstate New York by Super Lawyers Magazine.