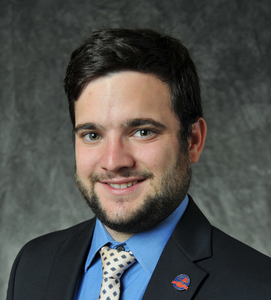 McKenzie joined IIUSA in 2015 as a Membership Development & Marketing assistant. Since then, his role has expanded to encompass all aspects of membership services, fundraising, event planning and business development opportunities for the association. As the Director of Events and Business Development McKenzie has driven the success of the association’s domestic conferences and was responsible for the launch of the association’s first annual Industry Achievement Banquet in 2018 as well as Global Banquet Series events around the globe.

McKenzie earned a B.A. in International from the George Washington University. He also completed specialized education in conflict-resolution with a focus on peace building and post-genocide restoration from his studies in Rwanda. Prior to IIUSA McKenzie spent time working for organizations involved in the infrastructure and international trade promotion fields.

After nearly eight years in the beltway McKenzie recently completed a move to Portland, Maine. Where he enjoys exploring the local food scene as well as the outdoors.