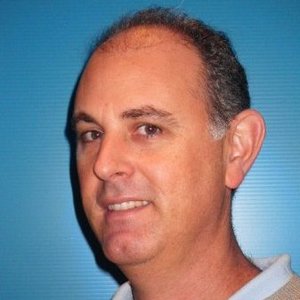 Joe Omansky is Founder and CEO of the SkyRank System. In 2003, he created the SkyRank System to address a need to standardize an approach to evaluating hedge fund performance. SkyRank was patented in 2009 and has been used by hundreds of accredited and institutional investors and has provided its ratings on tens of thousands of hedge funds, funds of funds and commodity trading advisors using its multi-factor, flexible algorithm.

In 2010, after licensing SkyRank to Trusted Insight, a venture-funded social platform for Limited and General Partners, he joined the company. He co-led the company's growth over a 3 1/2 year period to over 120,000 institutional investor members and 200 paying customers before returning to focus on SkyRank in 2014. Prior to his work on SkyRank, he created and managed an equity options volatility model for Tradelink LLC, a Chicago-based arbitrage trading firm. Prior to this, he was an equity options market maker for Lakota Trading Inc., a market-making entity owned by Steve Fossett on the Chicago Board Options Exchange.

Early in his career, he worked for Merrill Lynch and Fidelity Investments. He has been quoted in The Wall Street Journal, The Financial Times, Institutional Investor, Global Pensions Magazine, RealDeals Magazine, and Alpha Magazine. He has been a panel speaker and moderator at several hedge fund conferences throughout the United States. The SkyRank System has appeared on CNBC and other media venues. He holds the Series 65, RIA.

He received his Master's in International Economics and Finance from Brandeis University and his Bachelor's in Economics from Clark University. He has also studied international business at the Instituto Tecnologico Autonomo de Mexico, has taught high school mathematics in Jamaica and has guest lectured on social entrepreneurship, sustainability, capital formation, and social platforms in the university classroom. He is fluent in Spanish.