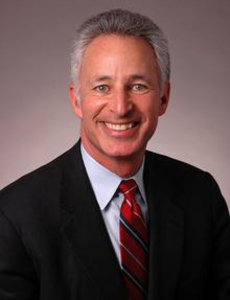 H. Ronald Klasko (Ron) is recognized by businesses, universities, hospitals, scholars, investors and other lawyers as one of the country’s leading immigration lawyers. A founding member of Klasko, Rulon, Stock & Seltzer, LLP and its Managing Partner, he has practiced immigration law exclusively over three decades.

At the request of members of Congress and their staffs, Ron has testified before the U.S. House of Representatives Committee on the Judiciary and the U.S. Commission on Immigration Reform. He has been invited to lecture and provide training to staff members and lawyers of the U.S. Department of Labor, U.S. Department of State, INS General Counsel Management Conference, Immigration Judges Association and U.S. Department of Justice. In addition, he has been an Adjunct Professor of Immigration Law at Villanova University Law School and is a frequent lecturer on immigration law subjects.

A member of the prestigious Alliance of Business Immigration Lawyers, Ron is the co-author of the two volume Employers’ Immigration Compliance Guide (Matthew Bender 1985).

For the last 18 years, Ron has been included in the highly regarded Best Lawyers in America (Woodward and White). He is one of only three practicing attorneys ever honored with the AILA Founders Award for his contributions to immigration jurisprudence.