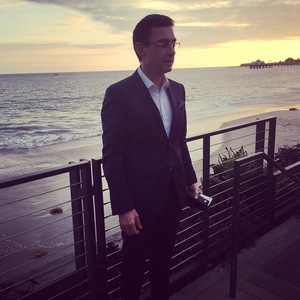 The idea of EMC & Company was born out of personal experience, specifically, after choosing to invest in a real estate deal, I soon learned that my partners were defrauding EB5 investors and misappropriating funds from the project.

I began compiling a team of ex-CIA, FBI, NSA, local & federal prosecutors, US military and Fortune 500 professionals to assist me in my matter. I soon realized how valuable a team I had assembled and that the benefits of this type of team was immeasurable. These individuals were the best of the best and we're coming into my situation with more than 30 years of experience conducting some of the largest, most complex and most sensitive investigations in the world. They had a network of colleagues and professionals who they could tap into as resources and if there was anything they did not know, they knew someone who did.

The core of our business is retaining talent from these government entities, consultants who have the experience, abilities, networks, resources and reputation that is head and shoulders above others.

Edgar Melo Costa (born June 19, 1976) is a Portuguese businessman, entrepreneur, investor, and philanthropist, based in the United States. Edgar Costa is the owner, founder, and CEO of EMC Acquisitions.

Edgar Costa began his professional career working on young age for his family business. He was later awarded an internship at Pioneer that was he´s first startup while at the same time gaining admission to the Universidade Nova de Lisboa.

Following school, Edgar Costa became the Chief Executive Officer of Segula while also beginning his entrepreneurial endeavors by building his first company representing Deckel Macho.  Edgar later sold in 2006  and continued building companies by becoming CEO OMYS, a family Portuguese real estate holding and development company. Shortly becoming CEO of OMYS arrived the financial crisis to Europe in 2008 and was awarded a large contract 600,000 units of social housing in the country of Angola, former Portuguese that gained their independence in 1975. Edgar sold OMYS in 2013.

His largest success came after taking a major risk and moving to New York in 2014. Although Edgar did not have a professional or personal network in New York, he quickly began to exhibit his entrepreneurial flare and began investing in startup companies.

In 2016, Edgar developed a partnership between a UK development company and MIT ECOJETS, creating a software platform for private aviation. This platform become the first of its kind sold on Amazon.com.

In 2017, Edgar Costa acquired two (2) real estate projects in New York; the WY Time Hotel Nyack in New York City and a separate residential building with 35 condominium units located in White Plains, New York. These two real estate projects were acquired from the Wellington family. Shortly after acquiring these two (2) real estate projects, he learned that the Wellingtons were defrauding their investors, including EB5 investors, and that the Wellingtons had been misappropriating investor funds from the project. Edgar Costa saw the opportunity to develop a new business opportunity by building a team of ex-CIA, FBI, NSA, local & federal prosecutors, US military and Fortune 500 professionals to assist him in this matter. Edgar a talented and visionary entrepreneur soon realized the value of the team he had assembled and that the benefits of this type of team were immeasurable. This led to the establishment of EMC & COMPANY, a top boutique management consulting firm. EMC & COMAPNY brings the unknown to light by helping manage compliance issues, navigate litigation, and mitigate risks relating to fraud, impropriety and security threats.