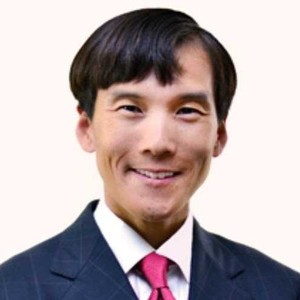 As an experienced trial lawyer, Robert K Lu has tried numerous cases in state and federal court, with a focus on complex litigation matters in either the civil or criminal context.

As a former federal prosecutor and private practitioner, Mr. Lu has been involved in all facets of complex litigation, from pre-lawsuit investigation, to pretrial practice, and to trial. In private practice, Mr. Lu began his career at Latham & Watkins, where he successfully handled complex white-collar investigations, and litigated claims involving a wide range of areas from unfair business practices to products liability, to trademarks and trade secrets issues. He gained trial experience in private practice in both state and federal matters, having tried cases to verdict involving breach of contract as well as environmental violations under the Clean Water Act. Mr. Lu has also litigated and investigated federal securities cases brought under the Securities Act of 1933 and the Securities Exchange Act of 1934. His breadth of experience in the securities field includes investigating and handling whistleblower claims under the Dodd-Frank Act as well.

During his time as an Assistant U.S. Attorney in the U.S. Attorney’s Office in the District of Arizona, Mr. Lu handled both civil and criminal matters. When he first joined the office as a federal prosecutor in the Civil Division, Mr. Lu was assigned to the Affirmative Civil Enforcement (ACE) section. As an AUSA in the ACE section, he investigated numerous healthcare and procurement fraud cases under the False Claims Act, recovering over $15 million for the federal government in civil penalties and damages. As a federal prosecutor in the Criminal Division of the U.S. Attorney’s Office, Mr. Lu participated in all aspects of the criminal process, from investigations, to indictment, to plea negotiations, and to trial. He successfully tried numerous cases to verdict involving narcotics and firearms trafficking, as well as immigration and human smuggling violations. While at the U.S. Attorney’s Office, Mr. Lu also briefed and argued appeals before the Ninth Circuit.

A deep commitment to public service is also important to Mr. Lu. He has served as pro bono counsel with the Disability Rights Legal Center and achieved groundbreaking structural changes at the juvenile hall facilities in the County of San Bernardino as part of the class action settlement in John Doe 2, et al. v. County of San Bernardino, et al. As part of the settlement, the defendants agreed to revise and restructure the delivery of mental health and educational services to accommodate the special needs of disabled youths while detained in juvenile facilities. The settlement agreement resulted not only in injunctive relief against the defendants, including compliance monitors at the facilities, but a significant award of attorney’s fees to class counsel.

Mr. Lu graduated from the University of California, Los Angeles, magna cum laude, with Bachelor of Arts degrees in Economics and Philosophy (double major) in 1995. While at UCLA, he was elected to Phi Beta Kappa, and made the Dean’s Honor List in each year of his attendance at the school. He earned his Juris Doctor degree from the University of Southern California, Gould School of Law, in 1998, and was Order of the Coif. While in law school, Mr. Lu was a Member and Notes Editor of the Southern California Law Review. Following graduation, he clerked with the Honorable Harry L. Hupp, in the Central District of California, and then with the Honorable Ferdinand F. Fernandez, on the Ninth Circuit Court of Appeals.

Mr. Lu is active in academia. He is currently an adjunct professor at USC Gould School of Law where he teaches a course in Legal Writing and Research, and holds the same position at Glendale University College of Law, where he teaches courses in Civil Procedure and Torts. He has also been an instructor with the UCLA Extension Paralegal Program, teaching a course on civil discovery and pretrial procedure.

Mr. Lu has authored several articles, including “New Federal Rules on E-Discovery,” which was published in the June 2006 edition of the Los Angeles Lawyer magazine (located at www.lacba.org/Files/LAL/Vol29No4/2268.pdf), as well as articles on the False Claims Act, including “Workplace Fraud and Blowing the Whistle,” which was published in the Summer 2013 edition of The Journal of Healthcare Administrative Management.

Mr. Lu frequently speaks on False Claims Act issues and topics. He was most recently a panelist in a presentation provided by Blue Cross Blue Shield titled, “What Payers Need to Know About False Claims Act Liability.”