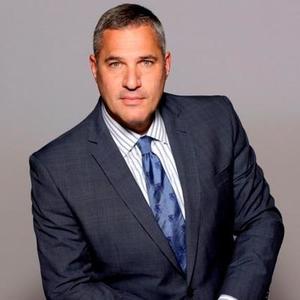 After winning two terms on the City Council, Michael Wildes was elected Englewood, New Jersey's Mayor in November of 2003 and again to a second term in November 2006. Michael has become nationally recognized in the Democratic Party as a leading fundraiser for congressional and senate candidates throughout the United States---including Senators Hillary Clinton, Edward Kennedy, Joseph Lieberman, and many others. Senator Kennedy most recently said he has "high expectations" that Michael Wildes will be joining them in the United States Congress in the future. The Democratic Leadership Council (DLC) voted him one of their “100 National Up and Coming Leaders to Watch.”

Professionally, he is a partner with the leading immigration law firm of Wildes & Weinberg. A former Federal Prosecutor with the United States Attorney's Office in Brooklyn (1989-1993), Mr. Wildes has testified on Capitol Hill in connection with anti-terrorism legislation and is internationally renowned for his successful representation of several defectors who have provided difficult to obtain national security information to the United States and is frequently a legal commentator/analyst for network television in connection with the terrorist threats facing the United States. Mr. Wildes was also appointed by the President of the United States to the District Appeals Board of the Selective Service System for the State of New Jersey. He is Of Counsel to the International Law Firm of Pavia and Harcourt; The National Police Defense Foundation; and the New Jersey State Law Enforcement Asian-American Advisory Committee. Mr. Wildes is often a guest lecturer/panelist at many distinguished forums and institutions including, Yale University, New York University, The Benjamin N. Cardozo, and Brooklyn Schools of Law. Mr. Wildes is also a member of the acclaimed Committee on Present Danger (where he serves with former CIA Director, James Woolsey and Senator Joseph Lieberman); he is Chair of the American Jewish Congress’ Committee on International Terrorism; a member of the Advisory Board for the Urban League of Bergen County; and Member of the Board of Directors of Boys Town of Jerusalem. A certified EMT, he is also a Member of the Hatzoloh Volunteer Ambulance Corps in New York; the Englewood Volunteer Ambulance Corp (EVAC), and served over 10 years (1982-1992) with the NYPD as an Auxiliary Police Officer. Mr. Wildes and his wife Amy are the proud parents of four children.

Michael Wildes, a U.S. Immigration Attorney, who has received international attention for acting as a go between with terrorists/defectors and U.S. Law Enforcement, remains available for comment on the September 11, 2001 terrorist attacks and the current threats facing the United States. Having testified before Congress with regard to Anti-Terrorism legislation, he is available to assist and inform the public on legal/policy considerations and what measures to be taken to avert attacks.

Michael Wildes’ practice is devoted to representing clients in all aspects of immigration law. He is considered a leading expert in the field.

He has testified on Capitol Hill in connection with anti-terrorism legislation and is internationally renowned for his successful representation of several defectors who have provided difficult-to-obtain national security information.

Michael appears frequently on network television as a legal commentator/analyst, most recently in connection with the terrorist threats facing the United States.