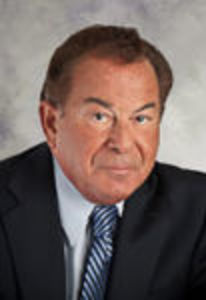 Maxwell M. Blecher, the founding partner of Blecher Collins & Pepperman, is renowned for his expertise in the antitrust field. He has litigated significant cases resulting in precedent-setting decisions in state and federal courts, including the U.S. and California Supreme Courts. He has testified before Congressional hearings; authored numerous articles on antitrust and civil litigation; and lectures extensively on antitrust and trial practice at programs sponsored by federal, state, and local bar associations.

Mr. Blecher is a Fellow of the American College of Trial Lawyers and of the American Board of Trial Advocates. He served on President Carter’s National Commission for the Review of Antitrust Laws. In 1998 the California State Bar named him Antitrust Lawyer of the Year. Since 1995 he has been listed in Best Lawyers in America; profiled in Chambers USA Guide: America’s Leading Business Lawyers; and selected as one of 14 attorneys profiled in America’s Top Trial Lawyers. Mr. Blecher has also been featured inCalifornia Lawyer and Los Angeles Magazine as a leading California lawyer. He has argued over 60 state and federal appeals in his career. He has also authored numerous articles on antitrust and civil litigation in the following Journals, among others: UCLA Law Review; The George Washington Law Review; Southwestern University Law Review; The Antitrust Bulletin; Antitrust Law Journal; and Antitrust Law & Economics Review.