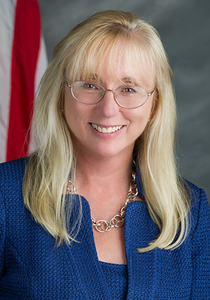 She most recently served as the United States Attorney for the Central District of California in which she was appointed by President Barack Obama and was unanimously confirmed by the United States Senate. As part of her duties, she served on five Attorney General Advisory Committees – Civil Rights, Cyber/Intellectual Property, Terrorism/National Security, Violent and Organized Crime, and White Collar/Fraud. Ms. Decker also served as Deputy Mayor for Los Angeles from 2009-2015, for both Mayors Villaraigosa and Garcetti, in which she oversaw public safety and homeland security issues.

Prior to serving as Deputy Mayor, Ms. Decker was an Assistant United States Attorney for almost 15 years, during which time she investigated and prosecuted a wide variety of cases. During her tenure as an Assistant United States Attorney, she was the first Chief of the National Security Section. She also served as Deputy Chief of the Organized Crime and Terrorism Section and as Deputy Chief of Organized Crime Strike Force.

Prior to becoming an Assistant United States Attorney, Ms. Decker was in private practice for three years at the law firm of Gibson, Dunn & Crutcher in Los Angeles. She also served as a law clerk to United States District Judge Gary L. Taylor in the Central District of California.

Ms. Decker was recently named a Specialist with the Department of State, Bureau of Education and Cultural Affairs, a program that allows her to travel overseas to lecture and consult on issues of importance to foreign institutions and governments.