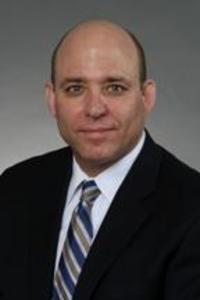 AV-rated since 1997, Paul Aiello received his bachelor's degree, magna cum laude, from Elon University in 1982, and his juris doctorate degree from Columbia University School of Law in 1985. He was first licensed to practice law in Texas, and he has been licensed to practice law in Florida since 1991. Since 2001, Paul Aiello has been named as one of the top lawyers in his practice areas in the South Florida Legal Guide. He has been selected as a Florida "Super Lawyer" in the 2010 - 2012 editions of the Super Lawyer's Magazine. In addition, Paul Aiello was selected in 2011 for inclusion in Florida Trend Magazine's Florida Legal Elite. Paul Aiello has given back to the community through not only the "Put Something Back" program, but also the Volunteer Lawyer's Project. From 2006 through 2008, he was an adjunct professor at the University of Miami.

For more than two decades, Paul Aiello has focused his practice on business litigation, corporate litigation, and employment and labor disputes. He has extensive litigation experience in the defense and prosecution of the following types of claims:

Paul Aiello has first-chaired trials in state and federal courts in Texas and Florida. He has handled binding arbitrations before the American Arbitration Association and the Financial Industry Regulatory Authority (FINRA). In addition to securing final judgments and decisions by trial and arbitration, Paul Aiello has presented cases in appellate courts, both on final and interlocutory appeal and by petitions for certiorari and mandamus.