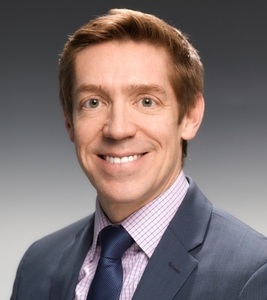 Thomas K. Ragland is a Member in Clark Hill’s Washington, D.C. office. Thomas has practiced immigration law for more than 20 years. Prior to joining private practice, Thomas worked for 10 years in the U.S. Department of Justice, joining directly after graduating from law school through the Attorney General’s Honor Program. At DOJ, Thomas represented the government in the Boston Immigration Court, the Board of Immigration Appeals, and the Civil Division Office of Immigration Litigation. Since leaving the government in 2004, Thomas has devoted himself to guiding individuals and companies through the complex, often overwhelming U.S. immigration system. He brings an unwavering commitment to his clients and a genuine desire to help them achieve their goals and dreams – whether obtaining U.S. citizenship or permanent residence, avoiding deportation, obtaining visas for employees or family members, or challenging agency decisions in federal court. Having worked on both sides of the system, Thomas brings wide-ranging experience and a deep understanding of this country’s immigration laws. He is highly regarded as a top litigator, a creative legal thinker, and a tireless advocate for his clients.

In June 2013, Thomas was awarded the American Immigration Lawyers Association’s highest honor, the Edith Lowenstein Award for Excellence in Advancing the Practice of Immigration Law.

Thomas focuses his practice on litigation before the federal courts, immigration courts, and the Board of Immigration Appeals as well as representation of clients before the Department of Homeland Security and U.S. consulates abroad. He is a seasoned litigator known for handling complex matters for both individual and corporate clients. He has specific experience in district court and appellate litigation, defense against removal, immigration consequences of criminal convictions, asylum, waivers of inadmissibility, citizenship and permanent residence, complex consular matters, post-conviction relief in federal court, and defense against terrorism- and security-related bars to admission. He has been recognized by The Washington Post as one of “Washington, D.C.’s Best Lawyers” and was named by Washingtonian Magazine as one of “Washington’s Top Lawyers.” He is ranked by Chambers USA, and is listed in Best Lawyers in America, Super Lawyers, and The International Who’s Who of Corporate Immigration Lawyers.

Thomas is an Adjunct Associate Professor of Law at the American University’s Washington College of Law. He is the former Chair of the Federal Court Litigation Section, American Immigration Lawyers Association (AILA), and remains a member of the Section’s steering committee. He has also served on AILA’s Access to Counsel Committee, on the Board of Advisors of the American Immigration Council’s Legal Action Center, and on the Advisory Board of the Muslim Legal Fund of America. He is a frequent writer and speaker on immigration issues.