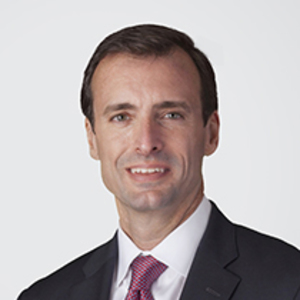 Prior to joining Holland & Knight, Mr. Ferrer served nearly seven years as the U.S. Attorney for the Southern District of Florida. Mr. Ferrer was nominated as a U.S. Attorney by President Barack Obama and received unanimous confirmation from the U.S. Senate in April 2010.

In his role as a U.S. Attorney, Mr. Ferrer oversaw some of the most complex and significant prosecutions handled by the U.S. Department of Justice (DOJ). In an effort to be proactive in fighting crime, Mr. Ferrer created numerous task forces, which strengthened connections between his office and various federal, state and local law enforcement agencies. Mr. Ferrer also has traveled abroad to build partnerships, most recently participating in a summit in Colombia on bilateral efforts to combat organized transnational crime.

Under Mr. Ferrer's leadership, the U.S. Attorney's Office in the Southern District of Florida handled more than 11,000 cases and charged more than 18,000 defendants for their alleged roles in criminal schemes. The office prosecuted a wide range of financial fraud, including investment and securities fraud, as well as fraud against the U.S. government and the Medicare program. Mr. Ferrer also oversaw cases involving international and domestic terrorism, narcotics trafficking, money laundering, public corruption, violent crime and human trafficking.

In addition, Mr. Ferrer supervised civil investigations and settlements under the False Claims Act. He coordinated the efforts of the office's Asset Forfeiture and Civil Divisions to focus on obtaining restitution for crime victims and the government. During Mr. Ferrer's tenure, the office routinely was among the national leaders in total forfeiture collections and restitution obtained for victims.

Prior to serving as a U.S. Attorney, Mr. Ferrer was Chief of the Federal Litigation Section for the Miami-Dade County Attorney's Office from 2006 to 2010 and an Assistant U.S. Attorney for the Southern District of Florida from 2000 to 2006.

As an Assistant U.S. Attorney, Mr. Ferrer worked in the Public Integrity and National Security Section, the Economic and Environmental Crimes Section, the Major Crimes Section and the Appellate Division of the office. In this role, he handled and tried numerous high-profile matters, including international money laundering, healthcare fraud, narcotics, international human rights abuses, immigration and firearms offenses.

Before becoming an Assistant U.S. Attorney, Mr. Ferrer served in various roles with the federal government. He gained experience as a White House Fellow and Special Assistant to the Secretary of the U.S. Department of Housing and Urban Development (HUD), and later as Deputy Chief of Staff and Counsel to the late Attorney General Janet Reno.

Early in his career, Mr. Ferrer worked as an attorney at a Miami law firm, in addition to three years in private practice. After graduating from law school, Mr. Ferrer served as a law clerk for the Honorable Stanley Marcus in the U.S. District Court for the Southern District of Florida.