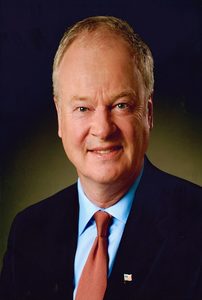 Scott Heidepriem has tried lawsuits in South Dakota for 37 years.

Scott has been listed in Super Lawyers of the Midwest Top 25, as one of the top 25 lawyers in a three state area – being one of only five in South Dakota. He has been chosen as one of the Best Lawyers in America for many years. He holds an "AV" rating from Martindale-Hubbell.

The National Trial Lawyers Association selected Scott in the nation's top 100 Trial Lawyers and as the only South Dakota lawyer to be designated the title of Diplomat. Membership to the Top 100 is extended solely to the select few of the most qualified attorneys who demonstrate superior qualifications of leadership, reputation, influence, stature and public profile. Scott is a past president of the South Dakota Trial Lawyers where he is a life fellow. Scott is a member of American Association of Justice and the American Bar Association. He is a past president of the South Dakota Board of Trial Advocates. He received his ABOTA membership in 2000.

Scott served in the South Dakota legislature for 12 years, being chosen as Speaker of the House, Pro Tempore, chairman of the Senate Judiciary Committee, and Senate Minority Leader for four years. Heidepriem was chosen the Democratic Party's nominee for Governor of South Dakota in 2010.