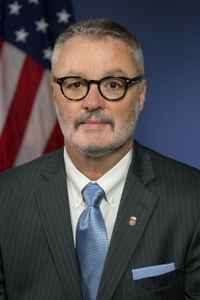 Billy J. Williams has been the U.S. Attorney and the chief federal law enforcement official in Oregon since May 2015. Williams was re-appointed by President Donald J. Trump on November 17, 2017 to serve a four-year term.  He was confirmed by the senate on March 7, 2018 and his presidential commission was signed on March 13, 2018.

Williams has served on a number of Attorney General Advisory Subcommittees. He is currently appointed to serve on the following subcommittees and working groups: Native American Issues Subcommittee, Civil Rights Subcommittee, Border & Immigration Subcommittee, and Domestic Terrorism Executive Committee. He is also the Public Lands Focus Area Leader for the Marijuana Issues Working Group. Williams is a member of the Ninth Circuit Fairness Committee and the District of Oregon Implicit Bias Steering Committee.

Prior to his federal service, Williams served as a Senior Deputy District Attorney in Multnomah County where he supervised the Career Criminal Unit. As a state prosecutor, Williams handled major crimes of violence, including aggravated murder, adult and child sex offenses, domestic violence, narcotics trafficking, vehicular homicide, and officer-involved shootings.

Williams received his bachelor’s degree in criminal justice from Washington State University in 1981 and his law degree from the Willamette University College of Law in 1989.