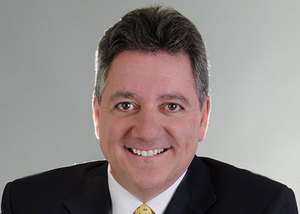 Jeff is an accomplished trial lawyer whose practice focuses on high-stakes business litigation, receiverships, and international arbitration.  Jeff is one of the Firm’s founding partners, and has been the Firm’s Managing Partner since its inception.  Jeff also Chairs the Firm’s Receivership Practice Group.

Jeff has been trying complex, high-risk, eight-and-nine-figure cases in federal and state trial courts, and in arbitration proceedings, for over twenty-five years.  Jeff has worked on some of the largest fraud cases in history, either as lead trial counsel, as receiver, or as counsel to the receiver.

Throughout the course of his career, Jeff has helped to recover well over $275 million for defrauded victims, including a $104 million recovery in the Mutual Benefits fraud and a $150 million recovery in the Jay Peak fraud.  Jeff is known for his creative and passionate approach to litigation, and is considered an expert on Ponzi schemes and fraud cases.

Jeff has also represented some of the country’s largest title insurers as outside counsel on complex mortgage fraud cases, and has tried those cases in federal and state court actions.

Jeff has been recognized by virtually every publication and peer-review organization that exists, and has twice received the Miami Daily Business Review’s “Most Effective Lawyers” award (having been nominated four times).