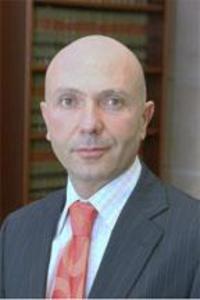 Ally Bolour has been a tireless advocate for immigration reform and helping people to avoid deportation and rather to obtain visas and green cards, allowing our law firm's clients to remain in the United States legally. For almost two decades, he has been a force for change in the LGBTQ community nationwide and in the entertainment industry in Southern California.

In the late 1980s, he did volunteer hospice work during the darkest days of the AIDS crisis. He saw firsthand that for the queer community to survive, gays and lesbians needed to fight for change rather than just hoping for it as victims of discrimination and inadequate medical care.

Today he's known throughout the country as a voice for change, an activist by nature, a lobbyist and a lawyer.