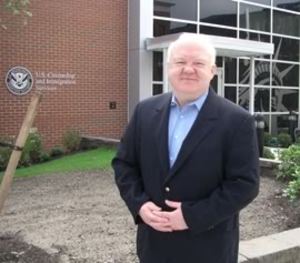 John has been a lawyer since 1990 when he graduated from New England School of Law in Boston, MA. His area of focus is immigration law.

As the grandson of immigrants, John takes great pleasure in assisting new immigrants to reunite with family members and assisting them in becoming US citizens. John understands the apprehension and fear some individuals feel when dealing with US immigration authorities so he, or an attorney from his staff, personally goes on all adjustment of status and citizenship interviews. John's goal is to provide a level of personal hands on legal service that cannot be surpassed.

As a dual citizen of Ireland, John holds a European Community passport. He also lived in London, England for four (4) years where he was the editor of a weekly newspaper for lawyers.

Living in a foreign capital, John met and represented a number of clients who wanted to relocate to the US or just wanted to enter for a visit. When he returned to the US, John created Foley Law Offices and opened an office in the Faneuil Hall Marketplace section of downtown Boston. Faneuil Hall Marketplace is a short walk to the John F. Kennedy Federal Office Building, the center of immigration law in Massachusetts.

John has experience in dealing with all types of immigration visas and issues and has a track record of success. He offers hands on, personal and professional legal service.