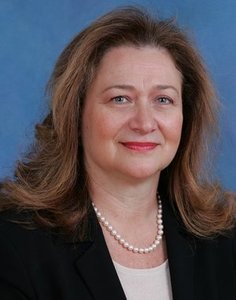 Sofie Katzap spent most of her 30+ year career on Wall Street working at Salomon Brothers, Goldman and at Tribeca Global Management, a subsidiary of Citigroup. Working her way up from a position of junior accountant to a managing director of Salomon Brothers in 1994, she subsequently joined Goldman Sachs as a managing director of the Wealth Management Division and Tribeca Global Management as a COO in 2004.

When Sofie was named the Chief Administrative Officer of Salomon Asia Pacific Operations in 1994, she and her family moved to Hong Kong, marking a beginning of their two-decade long involvement in China’s business and culture.

Throughout her career, she was involved in building, maintaining, improving or redesigning the infrastructure for various financial products and services in many countries. She joined Lion’s in 2013 as a CFO/COO to develop the infrastructure for Lion’s Regional Center, LLC and manage ongoing investments projects.