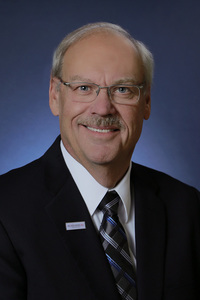 Alan Jurkonis is a Northern Nevada area business professional with decades of experience in the manufacturing industry including particular experience in materials management. Since 1995, he has served as President of the American AVK Company, a U.S. manufacturer of resilient gate valves and fire hydrants which are utilized throughout the Americas and the Caribbean.

Previously, in 1982, Alan was appointed Materials Manager of Smith-Blair, Inc. where his exceptional vision and management style helped him succeed to the President of the organization in 1988.

Al obtained his Bachelor of Science Degree in Business Administration from the University of Wisconsin-Whitewater in 1971. He continued his education and subsequently graduated from Northern Illinois University in 1973, receiving a Bachelor of Science Degree in Accountancy. In 1974, Al was certified by the State of Illinois as a Public Accountant.