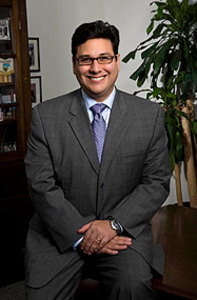 Ignacio A. Donoso is nationally recognized as a leading EB-5 attorney. His practice is dedicated exclusively to the area EB-5 investment visas. Ignacio advises developers throughout the U.S. on the formation of EB-5 Regional Centers, and has successfully advised hundreds of individual EB-5 investors in the EB-5 visa petitions.

Ignacio A. Donoso is a founding Member of I.A. Donoso & Associates. He was previously a Partner of FosterQuan, LLP, one of the top immigration law firms in the U.S.

Ignacio’s career spans 18 years as a member of the State Bar of California, dedicated exclusively to investment projects and investment visas. Ignacio worked for years with some of the largest global law firms structuring and closing large international transactions worth hundreds of millions of dollars. Ignacio has been dedicated exclusively to U.S. immigration law since 2003.

Ignacio’s other professional achievements include: