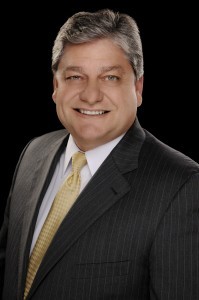 Roberto Villasante has been an attorney in the State of Florida for more than twenty five years. The focus of his practice has been primarily in the trial of complex civil disputes including in aviation, telecommunications, international business matters and products liability with an emphasis on drug and medical device litigation.

Mr. Villasante has served as adjunct professor at Florida International University’s College of Advanced Professional Studies’ Legal Studies Institute teaching seminar courses in Medical Malpractice, Florida Criminal Practices Act (RICO) and others. A frequent speaker and lecturer at state and national conferences for lawyers and other professionals, he has chaired Mealey’s Lexis Publications conferences and spoken on topics that include Emerging Drugs and Devices, Medical Monitoring and Vaccine Litigation.

A 1983 graduate of the University of Florida College of Law, Mr. Villasante is presently a member of the Florida Bar, Supreme Court of The United States, United States Court of Federal Claims, United States Federal Courts of Appeal Eleventh Circuit, United States District Court for the Southern District of Florida and has appeared pro hac vice in a number of courts throughout the nation. In 1993 Mr. Villasante represented a Florida based corporate executive before the High Court in London, England (pro hac vice), against a Norwegian Bank that financed a Mexican shipyard, in a jurisdictional dispute published by Lloyd’s List reporting on the ruling’s international precedent value.

Mr. Villasante served as co-chair of (then named) ATLA’s Vaccine Litigation Group. As an experienced litigator, Mr. Villasante has obtained a number of multimillion dollar verdicts before judges and juries and has represented such clients as BRAVA, LLC, an international medical device manufacturer against overseas entities winning substantial monetary relief for his corporate clients.

In 1996, Mr. Villasante was a co-recipient of the prestigious Florida Bar Tobias Simon Pro Bono Service Award for work with imprisoned detainees at the military base in Guantanamo. From 1999-2000 he served on the Florida Bar Grievance Committee (section11-B) and later as its Chairman from 2000-2001.

Born in Havana, Cuba, Mr. Villasante arrived in the United States via the airlift of 14,000 unaccompanied children known as Operation Pedro Pan. He is fluent in Spanish, active in human rights causes on behalf of political prisoners and in the community. Married in 1979 to Architect Lury Ribas, they have three children.

At the Law Office of Roberto Villasante, we take pride in our cases and do not represent frivolous claims no matter who the client may be. If you need an attorney in Florida, please call the law firm to discuss your situation. The hiring of an attorney is a circumspect process and we are happy to answer any questions that you may have regarding our experience and your case.