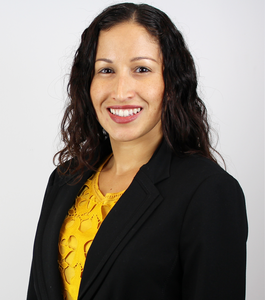 Natallie earned her law degree from the Pontifical Catholic University of Puerto Rico, School of Law (J.D., 2010). As a law student, she interned for the Honorable Francisco Besosa and Honorable Jay A. Garcia-Gregory at the U.S. District Court for the District of Puerto Rico, where she performed legal research and drafted opinions on a variety of civil and criminal law issues. Natallie also holds an advanced degree in bankruptcy law from St. John’s University School of Law (LL.M., 2012). As an LL.M. student, she externed for the Honorable Elizabeth S. Stong at the U.S. Bankruptcy Court for the Eastern District of New York.

Born and raised in the beautiful island of Puerto Rico, Natallie is bilingual in English and Spanish. Her multilingual capability and experience with federal courts allow her to provide excellent services to our diverse clientele at our law firm.

Fluent in Spanish and English