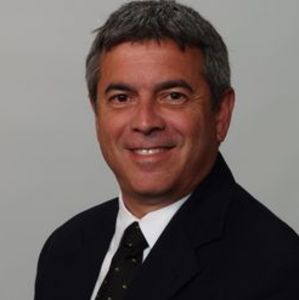 Jose E. Latour is himself a U.S. immigrant, having  been born in Havana, Cuba,.  He immigrated to the U.S. with his parents at the age of four.  He graduated from Coral Gables High School and  attended the University of Florida for both undergraduate and law studies, obtaining a Bachelor of Science in Advertising from the College of Journalism and Communications and Juris Doctor  degree from the University of Florida College of Law.

Immediately upon graduating law school, he served as a U.S. Diplomatic and Consular Officer in Mexico and Equatorial Guinea, West Africa.  He began private law practice in the U.S. in 1990, initially in the area of international real estate law, concentrating on land registration and title issues in Central America and the Caribbean.  Subsequently, his focus became business immigration law, international trade, and consular law.  The firm's Florida business rapidly expanded, resulting in the opening branch offices in Washington, D.C., Manila, Philippines,  and Hong Kong.  In 2003 Mr. Latour sold his immigration practice to  his business partner, Lorenzo Lleras, who continues to focus the practice on corporate immigration.

Mr. Latour, who received and has continuously preserved an A/V rating by Martindale-Hubble since beginning private practice,  has long embraced technology in developing new ways to assist his clients, and pioneered the concept of Internet-based delivery of legal services in the 1990s.  The daily Web column he published in the late 90'swas read by over 30,000 daily readers.  He has received a number of  awards and distinctions for his innovative Web-based approach to law from organizations including Inc. Magazine, Florida Trend Magazine,  and Cisco Systems.