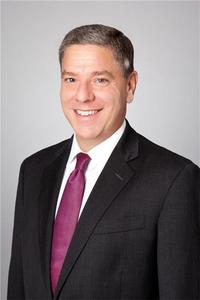 Douglas S. Ellenoff, a member of the Firm since its founding in 1992, is a corporate and securities attorney with a specialty in business transactions, mergers and acquisitions and corporate financings. Mr. Ellenoff has represented public companies in connection with their initial public offerings, secondary public offerings, regulatory compliance, as well as, strategic initiatives and general corporate governance matters. During his career, he has represented numerous broker-dealers, venture capital investor groups and many corporations involved in the capital formation process.

In the last several years, he has been involved at various stages in numerous registered public offerings, including more than 100 financings and, with other members of his firm, hundreds of private placements into public companies (see PIPEs and Venture Capital), representing either the issuers of those securities or the registered broker-dealers acting as placement agent. Along with other members of his Firm, Mr. Ellenoff has been involved at various stages with over 100 registered blind pool offerings (commonly referred to as "SPACs"; In addition to our IPO experience with SPACs, he has been involved with more than 30 SPAC M&A assignments. The Firm represents nearly 60 public companies with respect to their ongoing 34 Act reporting responsibilities and general corporate matters. He also provides counsel with regard to their respective ongoing (SEC, AMEX and NASD) regulatory compliance.

Mr. Ellenoff and the rest of the corporate department distinguish themselves from many other transactional lawyers on the basis of their ability to be part of the establishment of new securities programs, like PIPEs, SPACs, Registered Directs and Reverse Mergers, where the Firm's professionals have played leadership roles within each of those industries, assisting in the creation, formation and strategies relating to those financings, as well as working closely with the regulatory agencies; including the SEC and FINRA; and the listing exchanges - AMEX and NASDAQ.  Mr. Ellenoff is routinely requested to be a panelist and presenter at industry conferences.

Like the other innovative securities programs, the Firm has taken a leadership role in the emerging crowdfunding industry, which was signed into law by President Obama on April 5, 2012. The Firm actively participates in many discussions with the SEC and FINRA with respect to the proposed rules which went into effect May 16, 2016. The Firm has sponsored conferences, webinars and has been invited to speak at numerous events on the topic (see below). The Firm is already actively engaged with clients (funding portals, broker-dealers, technology solution providers, software developers, investors and entrepreneurs).

Mr. Ellenoff is admitted to practice law in the State of New York and before the United States District Court for the Southern District of New York. Mr. Ellenoff received a Juris Doctor degree from Fordham Law School and a Bachelor of Arts degree in Political Science from Vassar College.