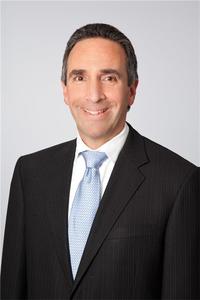 Barry I. Grossman, a member of the Firm since its founding in 1992, is a corporate/tax attorney who specializes in business transactions as well as tax matters. Mr. Grossman's practice focuses on representing public and private companies, foreign companies raising money in the United States, investment banks and financing activities as well as general corporate matters. Mr. Grossman's transactional experience includes public and private financings, structuring sales and acquisitions of companies, mergers and reorganizations, and organizing partnerships and limited liability companies. As a member of Ellenoff Grossman & Schole LLP, he has been involved in numerous public offerings (including more than 50 blind pool offerings or SPACs which have raised more than $1.5 billion) reverse mergers (for domestic and foreign, mainly Chinese, companies) and over one hundred private placements, many into public companies (commonly referred to as PIPEs). In connection with public offerings Mr. Grossman has represented issuers and underwriters in initial public offerings, secondary public offerings and other debt and equity financings. Mr. Grossman's clients include bio-tech companies, software developers, FINRA registered broker/dealers and other companies involved in the financial sector, companies involved in homeland defense, SPACs, mining companies, real estate developers, manufacturing companies, and a number of small businesses.

Mr. Grossman has represented a broad range of foreign companies including Israeli, Indian and Korean entities with an emphasis on Chinese companies who have listed in the United States. Mr. Grossman has counseled public companies in going dark and/or going private transactions as well as companies preparing for and responding to investigations and litigation resulting from short-selling attacks.

Mr. Grossman has previously been associated with the RTZ Group (which includes Kennecott Copper Corporation and U.S. Borax and Chemical Corporation), an international conglomerate with approximately $8 billion in U.S. assets. He was also previously associated with the New York City law firms of Battle Fowler and Finley, Kumble, Wagner, Heine, Underberg, Manley Myerson & Casey. Mr. Grossman is also a member of the advisory board of Wardenclyffe (a venture capital and investment firm). Mr. Grossman received a Juris Doctor degree from Georgetown University Law Center, a Bachelor of Arts degree in Political Science, magna cum laude, from the State University of New York at Albany and an LL.M. degree in taxation from New York University Law School. He is admitted to practice law in the State of New York and before the United States Tax Court and is a member of the New York State Bar Association. Mr. Grossman serves on the Board of Directors of Camp Louemma, a not-for-profit camp, and is a founding member of the University at Albany Lawyer's Association.