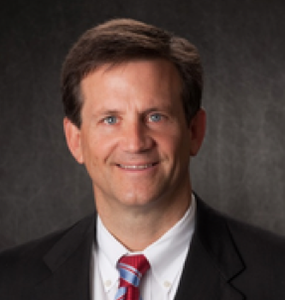 Mr. Divine chairs the Immigration practice group and is a shareholder in Baker, Donelson, Bearman, Caldwell, & Berkowitz, P.C., a U.S. law firm with over 650 attorneys in offices from Washington, D.C. to Houston. He concentrates his practice in business immigration and litigation. His firm includes attorneys focusing on other areas of importance to regional centers and investment enterprises and their investors, including securities and finance law, commercial real estate, and import and export licensing (including OFAC licensing for Iranian investors).

Mr. Divine has represented and assisted employers and other parties in some of the largest immigration enforcement investigations and prosecutions as well as private RICO actions. He provides strategic advice and training for employers in their immigration compliance efforts. Mr. Divine also has litigated significant business matters, including contract, commercial, product liability, antitrust, ERISA benefits, and business torts (including RICO, misrepresentation, Consumer Protection Act).

By presidential appointment, Mr. Divine served in Washington, D.C. from July 2004 until November 2006 as the first Chief Counsel of United States Citizenship and Immigration Services (USCIS), the world's largest immigration services agency within the U.S. Department of Homeland Security. From July 2005 until July 2006, he served as Acting Director and then Acting Deputy Director of USCIS, spearheading the USCIS Transformation Program, testifying in Congress about the E-Verify system and intercountry adoptions, enhancing operational security, and increasing transparency of rules and procedures. In early 2004 he served as an expert retained to assist the U.S. Commission on International Religious Freedom in its congressionally mandated study on the expedited removal process. He has testified as an expert on immigration law for courts in the United States and abroad.

Mr. Divine is a frequent speaker on U.S. and international immigration rules, policies and procedures, and regularly appears before employers, investors, individuals, policy makers, other immigration lawyers, and foreign governments.