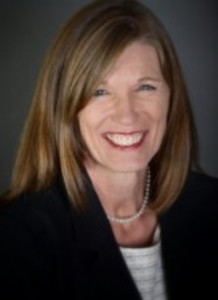 Terry Weir is a senior attorney with Dunbar Harder, PLLC. She specializes in immigration and nationality law, particularly business immigration. Ms. Weir has been licensed to practice law in the State of Texas since 1996 and is certified in Immigration and Nationality Law by the Texas Board of Legal Specialization.

Ms. Weir has a wealth of immigration law experience. Since 2002, Ms. Weir has focused on business immigration, representing companies ranging from Fortune 500 companies to start-up companies; educational institutions; technology, biotech, oil and gas, medical, manufacturing and many other types of companies and organizations.  Ms. Weir also represents entertainment groups; individuals of extraordinary ability in business, science, the arts and athletics; as well as outstanding professors and persons performing work in the national interest.  From 1998 until 2002, her immigration practice was primarily in the areas of family-based, asylum, deportation, litigation, appeals, and citizenship and nationality law.

She is frequently invited to speak on topics related to immigration law such as PERM Labor Certification, E-1 and E-1 Advanced Practice, Compliance – I-9, E-Verify and LCA, and Immigration and Labor Issues.

Ms. Weir currently serves as American Immigration Lawyers Association (AILA) National Liaison Chair for the Texas Service Center.  She is also a member of the U.S. Mexico Bar Association board.  She served on the Executive Committee of the American Immigration Lawyers (AILA) Texas Chapter for Texas New Mexico and Oklahoma from 2011 – 2014 and was Chapter Chair 2013-2014. She has previously served as Chair of the U.S. Customs and Border Protection Houston headquarters.

She is admitted to the State Bar of Texas, the Southern District of Texas District Courts, and the United States Fifth Circuit Court of Appeals.