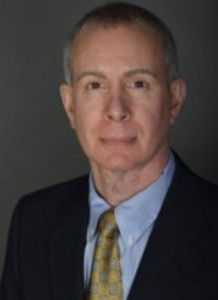 Kenneth J. Harder is the partner in charge of immigration and nationality services at Dunbar Harder, PLLC. Mr. Harder graduated cum laude from The State University of New York at Buffalo with a B.A. in Political Science in 1981. He earned his J.D. degree in 1985 and his LL.M. degree (International Economic Law) in 1995, both from the University of Houston Law Center. He is certified by the Texas Board of Legal Specialization in Immigration and Nationality Law and is a past member of the Immigration Law Advisory Commission. Mr. Harder is the past chair of both the State Bar of Texas International Law Section and the Houston Bar Association International Law Section.

Mr. Harder currently serves on the American Immigration Lawyers Association (AILA) Department of State Liaison Committee and  is the past Chair of the AILA Customs and Border Protection Liaison Committee. He received a commendation for his service from the AILA President in 2012 and 2015. He currently serves as a member of the Board of Directors of the British American Business Council and received the 2010 Personal Achievement Award from the British Consul General in Houston. Mr. Harder serves on the Houston Mayor’s International Trade Development Council. He is a past Vice President of the Houston Lawyer Referral Service, and a past member of the Board of Directors of the Houston World Affairs Council. Mr. Harder has contributed numerous articles on immigration and nationality law to legal journals, conferences, and business publications, including the chapter on immigration law in Doing Business in Texas: A Guide for Foreign Investors. He also lectures on the subject at law schools, universities, and various business forums.