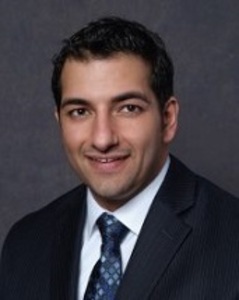 The Immigration Law Group leads in all types of immigration matters, including:

Representation of undocumented individuals who entered without proper documents or overstayed their visa.

Ray also works in the field of Immigration Waivers, such as the Visa Waiver Program, National Interest Waivers, Hardship Waivers, and J Waivers. His practice focuses greatly on Deportation Defense, at the Immigration Court, Board of Immigration Appeals, and Circuit Court levels. He has defended individuals against deportation across the United States. Often, his Deportation practice takes him into state and federal appellate courts, where he seeks post-conviction relief for the underlying crime that led to the commencement of the deportation. On the other hand, Ray has represented individuals who overstayed their visas or entered the United States without inspection.

Ray has received numerous accolades for his pro bono efforts, as well as his achievements in the area of immigration law. He has been awarded the Empire State Pro Bono Counsel Award since 2012, has been selected as Lead Counsel, and has been named a Super Lawyers Rising Star, ranked as a Top Rated Immigration Attorney in the New York Metro Area.

At Lehigh, Ray served as the Editor of The Lehigh Review, earned Deans List, was named a President’s Scholar, was inducted into Phi Beta Delta, and received, among other awards, the Williams Award, Treen Scholarship, and Littner Scholarship. Prior to that, he served as a United States Congressional Page, under then-Congressman Ray LaHood (R-IL). He also served as a legislative aide to State Senator Lisa Boscola (D-PA).

In 2017, Attorney Lahoud was was featured in a NBC News special: Daily Life with an Immigration Attorney. To watch the special, please click here.

In law school, Ray earned Deans List, several CALI awards in many different legal courses, and a position on the Georgetown Immigration Law Journal. He was actively involved in several programs and other organizations such as the Barristers’ Counsel, ABA Law Student Division, ACLU at GULC, Catholic Student Association, and the Innocence Project, as well as worked for the Honorable Joanne Seybert, Federal District Court Judge for the Eastern District of New York.

He has a number of Bar admissions including to the State of New York, the U.S. Tax Court, the Executive Office for Immigration Review, the Third, Second, and Ninth Courts of Appeals, and the U.S. Court of International Trade. Attorney Lahoud is fluent in English, Spanish, and Arabic.