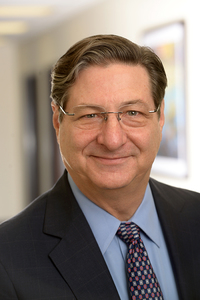 Securities and corporation finance attorney Charles Kaufman leads Lexcuity PC's EB-5 practice.  He guides growing companies and entrepreneurs raising capital through private placements, crowdfunding. public offerings and other traditional and alternative methods. A shareholder of the Los Angeles-based firm (formerly known as Homeier Law PC), he draws on over 24 years’ experience both at global law firms and as general counsel of a public company to advise his clients in selecting from the array of options now available for traditional private placements and for directly reaching investors over the internet, and in executing an effective and compliant raise. Within the crowdfunding and STO space, Charles represents companies seeking capital through Title II (Rule 506(c)), Title III (Reg CF), and Title IV (Reg A+) of the JOBS Act. Since joining Lexcuity PC’s industry-leading EB-5 group, he has assisted U.S. companies in obtaining hundreds of millions of dollars in foreign direct investment. Charles earned both his J.D. and B.A. degrees at the University of California at Los Angeles. He is a member of the State Bar of California and serves on the editorial board of its International Law Journal.

Charles Kaufman is a corporate and securities attorney and shareholder at Los Angeles-based Lexcuity PC. With more than twenty years of experience helping clients create, finance and govern their businesses, he regularly advises developers, entrepreneurs and regional centers seeking to raise capital through the EB-5 investor visa program.

Attorney Kaufman’s EB-5 clients have ranged from major luxury hotels, mixed-use urban centers and retail chains to small-scale senior living establishments and restaurants. He has also assisted clients who are incorporating EB-5 financing into complex capital structures that include private equity, tax credit financing, and redevelopment incentives. Clients have also relied on him to establish compliance programs under the Foreign Corrupt Practices Act.

Attorney Kaufman leads Lexcuity’s nationally prominent crowdfunding and tokenization practice, which has helped introduce these innovative techniques to capital raising in a number of industries, including EB-5. He has also assisted clients in the formation of strategic alliances in industries as wide-ranging as garment manufacturing, medical devices, nanotechnology, real estate investment, media streaming, film and music production, and software.

Attorney Kaufman has extensive experience advising public companies on securities compliance, on public as well as private offerings, and in communicating with the staff of the SEC, which gives him an unusual depth of understanding in advising EB‑5 issuers, whose industry is under ever increasing scrutiny by securities regulators.

In addition to being actively admitted to the State Bar of California, Attorney Kaufman serves on the International Law Journal’s editorial board. He has also written articles for that journal and for other publications such as EB5 Investors Magazine. Attorney Kaufman graduated from the University of California, Los Angeles with his Bachelor’s Degree in English Literature and his Juris Doctor.