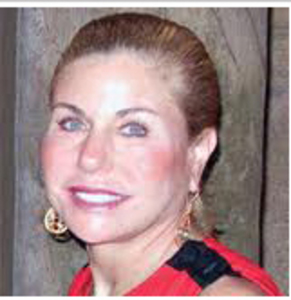 Tammy Fox-Isicoff is a former Trial Attorney for the United States Immigration and Naturalization Service and Special Assistant United States Attorney. She is Past President of the South Florida Chapter of the American Immigration Lawyers’ Association (AILA), and has served on the Board of Governors of AILA National for more than 15 years, chairing their Media, Congressional and Bar Association Committee. She currently serves on AILA’s EB-5 committee. Tammy has served as AILA's representative to the ABA's Immigration Coordinating Committee where she secured passage of a number of significant immigration resolutions. Tammy is on the Board of Directors of Catholic Charities Legal Services and has been the recipient of three AILA Presidential Awards for advocacy on behalf of immigrants. In 2009, Tammy was awarded the Adalsinda Lomangino Award by the South Florida American Immigration Lawyers Association, the highest award given by the Association, for her work on behalf of immigrants.

Tammy holds an AV® Preeminent™ Peer Review RatedSM by Martindale-Hubbell® and has been continually listed in The Best Lawyers in America, Chambers Global, South Florida's Top Lawyers, SuperLawyers and International Who’s Who of Corporate Lawyers. SuperLawyers has recognized Tammy as one of the top 50 women lawyers in Florida. Tammy has been a frequent immigration law consultant on the Today Show and Morning Show. She has served as immigration legal consultant to NBC, ABC, CBS, CNBC, FOX and MSNBC. An author and frequent lecturer on all areas of immigration law, Tammy has served as a legal expert on a number of occasions in federal court, state court, and in Florida Bar disciplinary proceedings.

Fed Up With Immigration Backlog, Lawyers Head to the Courts
August 08, 2019
These visas may vanish, even though they have paid for lots of Miami buildings
July 24, 2017

These visas may vanish, even though they have paid for lots of Miami buildings
July 24, 2017
Fed Up With Immigration Backlog, Lawyers Head to the Courts
August 08, 2019
Rifkin & Fox-Isicoff, P.A.
AILA - American Immigration Lawyers Association
Securities Disclaimer