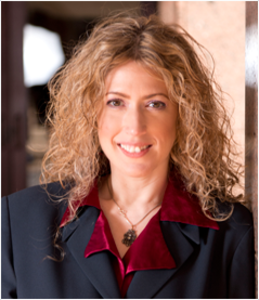 A Georgia Leader in Immigration Law

Karen Weinstock is the managing attorney of Weinstock Immigration Lawyers, the premier immigration law firm in Atlanta, Georgia. With over 16 years of experience, she has developed expertise representing U.S. and international companies in securing global talent and ensuring the employees and their families have a good experience in immigrating to the United States.

A Passionate Pursuit of Excellence in Immigration

Karen was born and raised in Israel and immigrated to the United States in 2000. Her genuine passion for immigration law is a direct result of her personal experience as an immigrant. This ability to identify and empathize with immigrants, and her commitment to excellence in obtaining results for her clients differentiate her as one of the top immigration attorneys in the South. Prior to opening her own immigration law firm, Karen was the managing attorney of a regional immigration law firm’s Atlanta office for over 11 years. Her personal experience emigrating to the U.S. from Israel and experiencing many obstacles, cross-cultural differences and employment challenges, all enable her now to have stronger empathy for her international clientele and better serve their particular needs. She is fluent in English, Hebrew and Spanish.

Areas of Expertise in Immigration Law