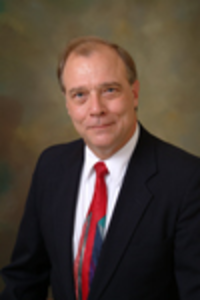 He provides legal services and personal and corporate legal representation to U.S. citizens, foreign nationals, and multinational corporations, both in the United States and abroad. He accepts active immigration cases and appeals on attorney referral. In his appellate practice, he has represented his clients before federal and state appellate courts, the Equal Employment Opportunity Commission, the Merit Systems Protection Board, the U.S. Department of Labor, the Board of Immigration Appeals, the Immigration and Naturalization Service, Federal Courts of Appeal, and the Supreme Court of the United States. He has pursued legal matters in foreign courts in other countries and supports the ABA's Foreign Legal Consultants rule.

He was the recipient of the 2004 Justice for Victims Award, presented annually by the Family Sunshine Center of Montgomery to recognize persons who assist abused spouses and children.

He established the Alabama Center for Foreign Investment, L.L.C., Alabama's federally designated, statewide Regional Center, and was appointed its General Counsel in 2006.

Boyd Campbell has practiced in Montgomery, Alabama, since 1988. He offers both individual investor and regional center EB-5 Program services. Although he has prepared and filed regional center applications on behalf of his clients around the United States, he spends considerable time advising existing regional centers on matters concerning internal operations. Boyd was selected for inclusion in the 2010 edition of The Best Lawyers in America in the field of immigration law.