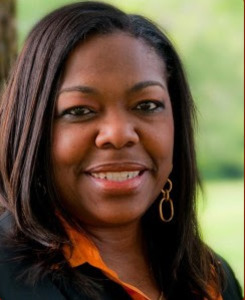 Immigration law attorney Grace Gardiner graduated from William Mitchell College of Law in 1998 and was admitted to the MN State Bar and U.S. District Court of MN that same year. While in Law School, she represented Immigration clients facing Deportation and Removal, as well as individuals applying for green cards or naturalization with the immigration clinic offered by the school. In 1999, Attorney Gardiner was admitted to the KY Bar. From 1998 to 2000 Attorney Gardiner worked as a Public Defender and Prosecutor (Assistant County Attorney) in Paducah, KY handling Criminal Cases. From 2001 to 2002 she worked with the East Texas Legal Services.

Attorney Gardiner started her own law practice, Gardiner and Associates, Attorneys at Law in Texas in 2002. In 2004 she was admitted to the TN Supreme Court and the U.S. District Court for Eastern Tennessee. She has been a member of the American Immigration Lawyers Association since 2005, which is how she stays up to date with all the new laws and procedures. In 2006, she was admitted to The United States Supreme Court.

Attorney Gardiner has handled all aspects of immigration law from helping clients come to the U.S. for Medical Care, for vacations, to attend school, to get married or to work for a U.S. Employer, or to invest in the U.S. Economy and supply jobs for U.S. workers (EB5 Visas) and Naturalization Applications for civilians and members of the Armed Forces (military). Gardiner is currently preparing 601 Waiver applications before the consulates in Mexico, Guatemala, El Salvador and Honduras, and working on several deportation and removal cases as well as applications for Asylum before the Immigration Court, appearing before the Court of Appeals and State Supreme Court on Post Conviction matters, and Petition for Review before the Circuit Court of Appeals.

Attorney Gardiner has a Bachelors Degree in Science and Masters in Social Work from Howard University in Washington DC. Her scientific training helps her to get to the issues and her social work background helps her with listening and analyzing her clients’ legal needs. With her experience, she is able to offer her clients advice on the complexities of Immigration Law to effectively solve their immigration legal issues.