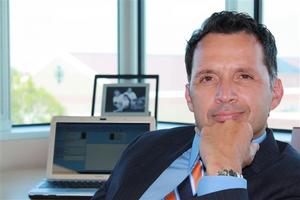 Mr.Bernard Rojano is the Principal and Lead Consultant at Xecute EB-5 Business Solutions. He has 30+ years of experience in management, planning, modeling, funding, mergers & acquisitions and business development consulting.

Bernard earned his practical MBA working 18 years in management for a once privately owned Texas marine retailer with $30 million in annual revenue, where he participated in growing the company into a publicly traded, billion dollar company, MarineMax, the world’s largest marine retailer. He served as COO of Endeavour Holdings, Inc. where he managed a $500 million+ real estate portfolio and over 250 employees. There, he formed a dynamic and integrated development company that focused on luxury high rises and marinas.

In 2008, Bernard founded Xecute EB-5 Business Solutions, one of the oldest EB-5 immigrant investment exclusive consulting firms. He is considered one of the top and most experienced EB-5 project and regional center development business consultants in the US. Xecute is highly rated in success with petitions to the USCIS and client satisfaction and endorsed by some of the most respected professional firms in the EB-5 industry. Bernard has provided expert opinion, business modeling and planning, mergers and acquisitions and management consulting to over 75 Regional Centers, raising and deploying over $500 million into projects and has modeled and written more than 200 EB-5 project and regional center business plans.

Bernard was born in Acapulco Mexico and immigrated to the United States at the age of 12. His family invested in a business in Houston, Texas under the immigrant investor program giving them the opportunity to obtain United States residency. He has since become a naturalized citizen of the United States.

Bernard speaks fluent Spanish and studied civil engineering at the University of Texas in Austin. He served as the Chairman of the City of Seabrook Texas Master Plan Commission and has served on the boards of the Bay Area Houston Economic Partnership and the Texas Boating Trades Association.