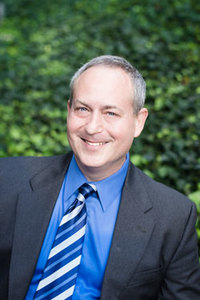 Kenneth provides representation in obtaining business and professional visas, student visas, labor certifications, immigrant visas, consular representation, naturalization, derivative citizenship and naturalization disability waivers. Kenneth represents clients in the full spectrum of family based immigration, waivers of inadmissibility, Asylum/Withholding of Removal, and in the areas of deportation/removal defense and deferred inspections. Kenneth also represents clients in the adoption process for those seeking to adopt foreign national children and provides representation in the acquisition of permanent resident status for the child once the adoption has been approved.

Kenneth represents clients before the U.S. Citizenship and Immigration Services (USCIS), Customs and Border Protection (CBP) and Immigration and Customs Enforcement (ICE). Kenneth regularly appears in U.S. Immigration Court and engages in litigation of deportation matters in administrative proceedings before the Executive Office of Immigration Review and Board of Immigration Appeals. Kenneth also litigates naturalization and permanent residency issues in the Federal Court System, including Writ of Mandamus lawsuits and Petitions for Review.

Kenneth is an active member of the American Immigration Lawyers Association (AILA) and has delivered numerous speeches on immigration issues to cultural organizations and civic groups located around the southeast U.S. Kenneth has made guest spots on a local Brazilian radio call in program, and has been interviewed on immigration issues for articles appearing in the AJC, Gwinnett Daily Post, and in other regional newspapers and magazines in the Indian, Korean and Brazilian communities.

Kenneth has served on a wide range of committees for the Atlanta Chapter of the American Immigration Lawyer’s Association (AILA), including the USCIS Atlanta District Office Liaison Committee, Citizenship Day Committee, Customs and Border Protection Committee, and Other Governmental Services Committee. Kenneth has also been selected multiple times to appear as a panel member for Immigration CLE (continuing legal education) seminars conducted through the State Bar of Georgia.

Ken received a Bachelor’s degree in Criminology from Florida State University and a J.D. degree from John Marshall Law School-Atlanta.