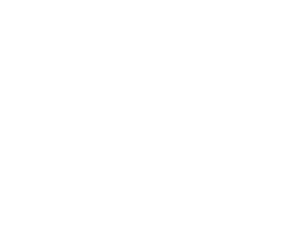 David Flusberg is an American entrepreneur with over a decade of experience structuring, developing and managing private equity platforms in the international real estate space and other industries. Currently Mr. Flusberg acts as a capital partner in a diverse array of opportunities, and works with fast-growing companies as a strategic advisor and non-executive board member.

From 2004-2011, Mr. Flusberg led the founding and growth of Adama Holding Public Ltd., a residential developer based in Bucharest, Romania, which rapidly evolved from a small, privately-funded firm to become one of Central & Eastern Europe’s most significant real estate platforms. At its peak, Adama had 150 employees based in 5 country markets, was listed on the Tel Aviv Stock Exchange, and was backed by major institutional funds including Morgan Stanley and Lehman Brothers.

Adama’s key accomplishments included the completion of 1,600 residential units and several commercial projects in multiple cities across Romania (the country’s largest ground-up residential portfolio); and the highly-profitable workout of a 400-asset distressed property portfolio acquired from one of Turkey’s major banks.

Adama was sold 100% to Immofinanz, Eastern Europe’s largest property owner, at the end of 2011.

Prior to his founding of Adama, Mr. Flusberg worked for 5 years as a strategy consultant at global consultancy The Boston Consulting Group (New York City office). At BCG, he advised senior executives of Fortune 500 companies on a wide range of initiatives, including the manufacturing network optimization of the world’s largest pharmaceuticals producer; the digital music strategy of a major music label; and the international mergers and acquisitions effort of the leading global food and beverage company.

Mr. Flusberg is a graduate of Harvard, where he earned a degree with honors in Economics. He is well-traveled throughout the world, and is fluent in several languages.