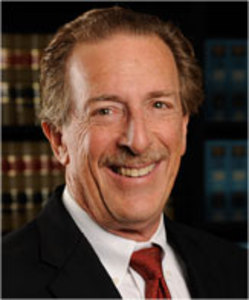 Mr. Zaretsky has been a Vice President of Temple Beth El in West Palm Beach; a Board member of the Jewish Community Day School; a past member of the Professional Advisory Committee of the Foundation of the Jewish Federation; a member of the Legal Affairs Committee and Planned Giving and Civil Rights Committees of ADL; and served for 10 years on the National Board of Directors of the American Society for Technion, where he has previously served as national co-chairman of Technion 2000. Before serving two terms as President, he was Vice President of the Palm Beach Region of the American Society for Technion, and remained on that local Board of Trustees and its Executive Committee until 2004. Mr. Zaretsky and his wife Esther have been long time supporters of Israel Bonds, and were honored in 2006 with a reception that raised over $2,000,000.

Besides tennis, golf, water and snow skiing, Mr. Zaretsky’s hobbies include Amateur Radio, and he has maintained and operated his station under the call sign WB2VGL for over 48 years.

Besides the practice of law, he was for 20 years President of Medical Educational Corporation, a company involved in foreign medical education consulting, and Somax Management Company, a private investment company specializing in real estate tax certificates and still active in bulk purchases and disposition of defaulted secured loan portfolios.

Richard P. Zaretsky settled in West Palm Beach, Florida in 1975 after obtaining his law degree cum laude from Delaware Law School of Widener University. He is a graduate of Syracuse University, earning his BA in Economics. First working as an Assistant Attorney General for the State of Florida, he opened a private practice of law in 1978, and continues his practice today in the same West Palm Beach location. Although Mr. Zaretsky started his practice with the general practice of law, he strove to specialize in real estate matters. The result is that Mr. Zaretsky was Board Certified in Real Property Law in 1995 by the Florida Bar, and now practices in the areas of real estate law (both transactional and litigation) and commercial transactions. He is principal in the law firm of Richard P. Zaretsky, P.A., whose attorneys provide legal services in real estate and business transactions, state and federal taxation,Lexis Nexis Logo estate planning and administration, family law, immigration, and civil litigation. Mr. Zaretsky is AV rated by Martindale-Hubbell, their highest rating for attorneys.

Mr. Zaretsky and his wife, Esther, have three children. Esther is a litigation and immigration attorney practicing in West Palm Beach and is of counsel to the firm.