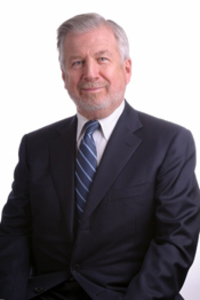 Isaac Fromm was born in Tomaszow, Poland and is fluent in Spanish, Yiddish, and French. Mr. Fromm earned his B.A. and M.A. from Brooklyn College, and received his J.D. from the State University of New York at Buffalo. Admitted to practice in New York in 1973, Mr. Fromm is admitted to the Eastern and Southern U.S. District Courts of New York, the Second and Third Circuits of the U.S. Courts of Appeals, the New Jersey U.S. District Court, the state of New Jersey, and the U.S. Supreme Court.

A member of the New York State, New Jersey State, Bergen County, and Federal Bar Associations, Mr. Fromm has an impressive record of legal achievements. While attending law school, he won the Charles Desmond Moot Court Competition. Mr. Fromm has lectured on Immigration and Nationality Law at Seton Hall University School of Law, and was a moot court competition judge at Seton Hall and New York Law Schools. In 2000, Mr. Fromm spoke at the Federal Bar Association (FBA) Conference on Immigration Law in Washington, D.C; he spoke at the same conference in Hawaii the following year. Mr. Fromm also lectured at the FBA Conference for State and Federal Judges in Anchorage and Fairbanks, Alaska in 2005.

Mr. Fromm was a member of New Jersey’s Blue Ribbon Panel on Immigration Policy in 2007, and was a contributing author of the report to the New Jersey Governor, which offered a comprehensive approach to integrate the immigrant population into society. He was also a member on the Panel of Arbitrators for the American Arbitration Association. Mr. Fromm has attained the highest possible rating of “AV” from Martindale Hubbell, the national directory of attorneys, indicating preeminent legal ability and the highest standard of ethics.