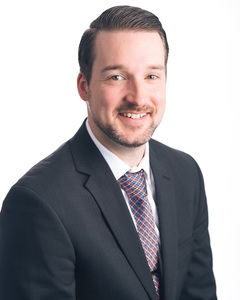 Mr. Newbold is a critical member of the firm’s EB5 Department and has developed an immigration practice that is centered on investors and entrepreneurs. Mr. Newbold works closely with foreign nationals seeking nonimmigrant or immigrant status through E-2 or EB5 investments and is experienced in all of the nuances of the immigration process. He also represents developers looking to establish and administrate Regional Center projects under the EB-5 program.

In addition to business and investment based immigration matters, Mr. Newbold is experienced in all aspects of U.S. Consular law and family based immigration, as well as defending clients against deportation before the Executive Office for Immigration Review where he has successfully litigated cases before Immigration Judges and the Board of Immigration Appeals.

Mr. Newbold frequently speaks at events throughout the New York City area on immigration issues and he works closely with the local Start-Up and Technology communities, representing cutting edge companies and talented individuals who comprise the City’s rapidly growing Silicon Alley. He currently serves on the Board of Directors for the Safe Passage Project, which is a non-profit that provides pro bono legal services to unaccompanied minors in the immigration process.

Mr. Newbold is a graduate of New York Law School and received his undergraduate degree, with honors, from Elon University. He hails from the Outer Banks region of North Carolina and is admitted to practice law in New York and New Jersey. He is a member of the American Immigration Lawyers Association, American Bar Association, and New York State Bar Association.