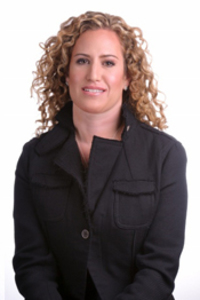 Born in New York City, Alexis S. Axelrad has almost two decades of experience in immigration and nationality law. Ms. Axelrad received her B.A. from the University of Maryland at College Park in 1994. After earning her J.D. from New York Law School, Ms. Axelrad was admitted to practice in New York in 1998.

Ms. Axelrad has been active in the American Immigration Lawyers Association (AILA) since she began practicing law. Ms Axelrad is an elected as a director of AILA National’s Board of Governors (BOG) and currently serves as the Chair of the Vermont Service Center committee. She is also a member of the Service Center Operations committee (SCOPS). Ms. Axelrad is a past chair of the New York Chapter of AILA and served in every capacity on the NY chapter’s executive committee. She is currently the chair of the New York Chapter of AILA’s Customs and Border Protection (CBP) Committee and a member of the District Director Committee. Ms. Axelrad is also a member of the Executives Association of New York.

Ms. Axelrad was also the recipient of the AILA President’s Commendation Award for Outstanding Service on the USCIS HQ liaison committee, June 2008-2010 & 2014. New York Super Lawyers has listed her in the ‘rising stars’ section of top immigration attorneys in New York in 2011 and 2012, and as a Super Lawyer from 2013 to present. She is recognized by Chambers & Partners USA: America’s Leading Lawyers for Business.