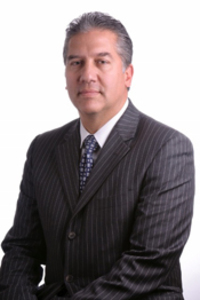 Born in Valhalla, New York, Alexander G. Rojas received his B.A. from Tufts University and his J.D. from the Benjamin Cardozo School of Law.  Mr. Rojas is admitted to practice in New York, Connecticut, the Southern, Eastern, and Northern New York Districts of the U.S. District Court, and the U.S. Court of Appeals for the Second Circuit.

Mr. Rojas is a member of the New York State and American Bar Associations, and served on the New York State Bar Association’s Labor and Employment Section.  He is an active member of the American Immigration Lawyers Association (ALIA), serving on the Corporate Committee, EOIR Liaison Committee, District Director Committee, National Waivers Committee, National Removal Detention Committee, and as Co-Chair of the Pro Bono Committee in 2006 and 2007. Mr. Rojas’s public service experience also extends to his work with the Putnam Hospital Foundation Center, where he serves as Secretary.

Fluent in Spanish, Mr. Rojas often speaks on immigration and nationality law at conventions and other industry events.  The legal community has recognized his work with listings in Who’s Who in American Law and New York Super Lawyers.